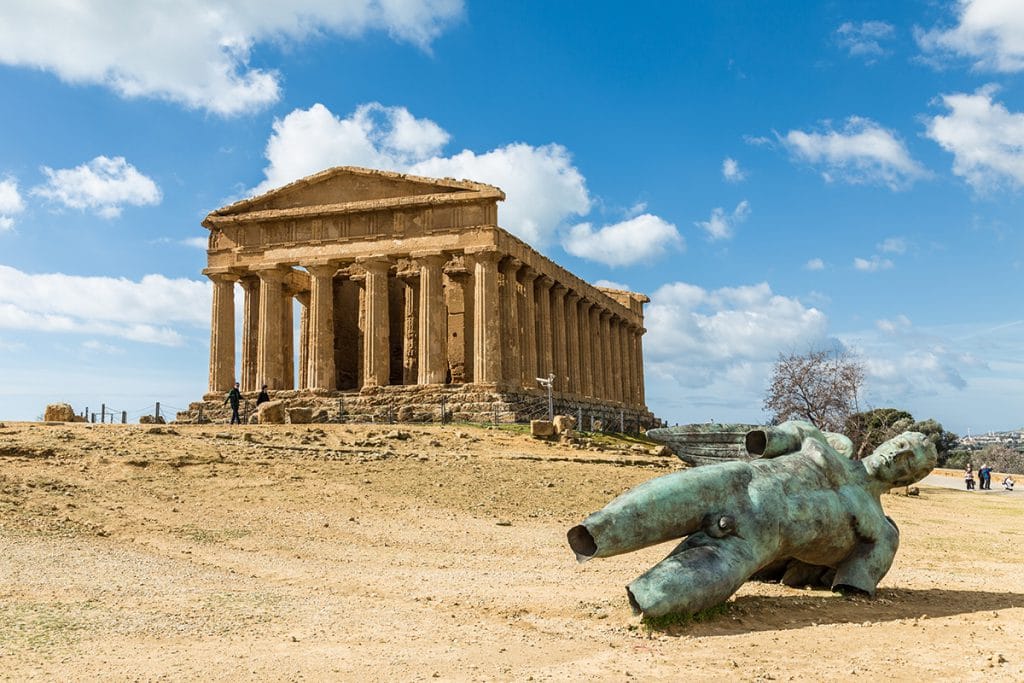 The Valley of the Temples, a park of at least 1300 hectares. It is an archaeological area of Sicily. It is characterized by the exceptional state of conservation and by a series of important Doric temples of the Hellenic period.

It corresponds to the ancient Akragas, still visible in its monumental original nucleus, in the city of Agrigento.

It preserves an extraordinary heritage, not only monumental, but also landscape. It includes the remains of the ancient Greek city. In the Valley of the Temples, declared in 1997 by UNESCO “World Heritage Site”, there is one of the largest archaeological complexes in the world.

Immersed in an agricultural landscape consisting primarily of centuries-old olive trees and almond trees. In addition, within the area, there is also the Pietro Griffo Regional Archaeological Museum. Nowadays it houses 5688 finds, preserved to illustrate the history of the territory. From prehistoric times to the end of the Greco-Roman age.

TEMPLES OF THE VALLEY

The archaeological itinerary contains many wonders. Pearls of history, to visit during your holiday in Sicily.

On the eastern end of the Rupe, above the Bonamorone cemetery, is the Temple of Demeter. Incorporated in the medieval church of San Biagio, near the rock sanctuary of Demeter and Persephone. Linked to the worship of water flowing from two natural cavities.

Along the way you will visit most of the temples of that era kept in the Mediterranean. For example, the Temple of Hera, the Temple of Concordia, the important Temple of Zeus. Also the Temple of the Dioscuri, of Asclepius, of Daneta and the Archaeological Museum.

Incredible structures, with centuries and centuries of history told by their grandeur. Predominate the landscape and characterize its beauty.

Book your holiday home near the Valley of the Temples. Villa with pool in Sicily, strategic position to visit important archaeological sites and all the Western wonders of the place.