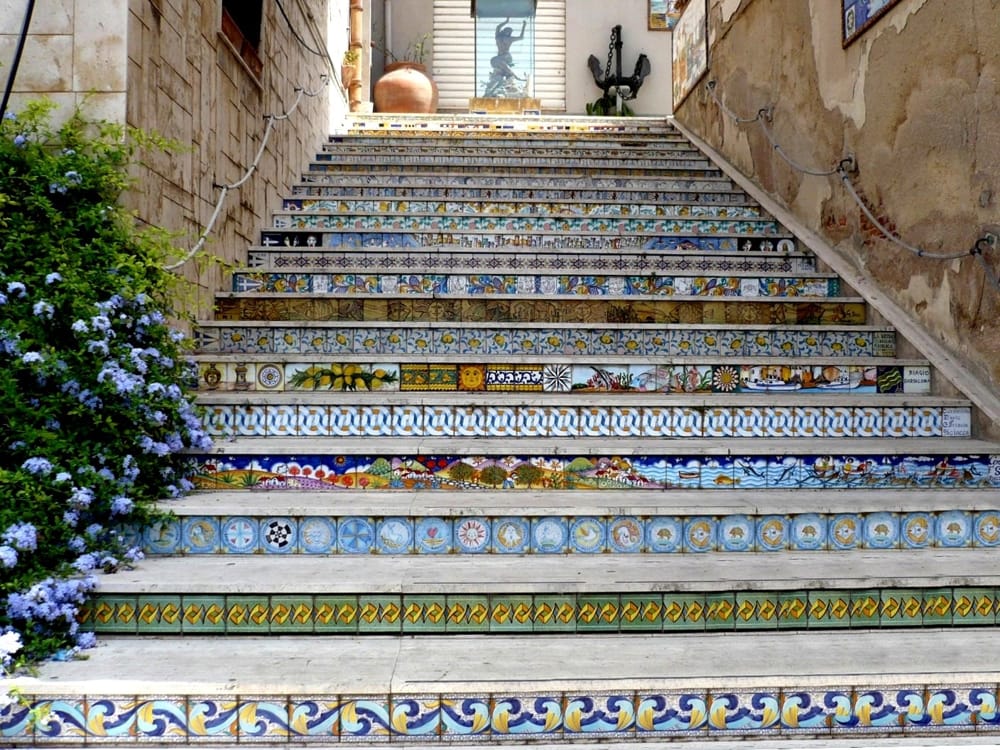 Book your Sciacca holiday home with Temples of Sicily

Sciacca is first of all, a seafaring town, but also tourist and spa, the most beautiful in the province of Agrigento. Divided into 2 levels, both to visit. The commercial port near the sea hosts the second largest and most important fishing fleet in Italy. The tourist port, rich in colors and scents, is inhabited by fishermen and provided with restaurants, bars and typical kiosks where you can taste artisanal granite (such as Bar Roma) and more. Many shops and markets where you can buy fresh fish and much more.

Mount Kronio, with its thermal waters and steam rooms, attracted much attention since ancient times. In fact, here the hermit monks settled here, including the famous San Calogero, who lived inside one of the caves. The namesake monastery built on the mountain was dedicated to the monk San Calogero.

At the top there is the area called the San Michele district. Once it was inhabited by farmers, very close to the walls of the “Castle of the Moon” . Life in the quiet and romantic area, takes place around a beautiful square, where you can find a beautiful multiplex cinema, pizzerias, restaurants, bars and local markets.

Sciacca is also known for its historical Carnival, with allegorical papier-mâché floats, hand-painted ceramics, coral workings and its marvelous beaches, all natural and easily accessible.

A modern city that lives on tourism and fishing, in search of its history (influenced by the dominations of the Roman Empire and the Byzantine, Arab, Norman, Spanish, Austrian, Bourbon and Piedmontese peoples).

The city is located on the shores of the Sicilian Channel, between the mouth of the river Platani and Belice. To the east rises Mount San Calogero, from whose slopes rise, for a journey of about six kilometers, the famous sulphurous thermal waters with healing properties. Sciacca, located in the shape of an amphitheater on the sea, at midday of Sicily, in front of the island of Pantelleria. Halfway between the ruins of Segesta, Selinunte, Eraclea Minoa, and Agrigento.

Book your holiday home in Sciacca. Villa with swimming pool in Sicily. Strategic position to visit important archaeological sites and all the wonders of the place. If you need some more tips for your holidays in Sicily, contact us!!