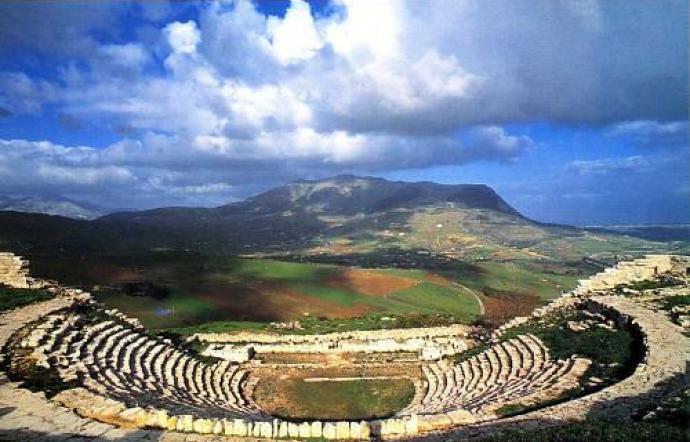 Book your Holiday Home in Segesta with Temples of Sicily

A HOLIDAY IN THE ANCIENT SEGESTA

Founded by the Elimi family and located in the north-western part of Sicily, in the province of Trapani, the old city rises on Monte Barbaro, in the municipality of Calatafimi Segesta. We are talking about ancient times, before the year 0. In fact, Virgil reports the legend according to which Segesta was founded by Aeneas to rest the old men and women, after they had set fire to the ships just before resuming their journey.

The Segesta area where you can admire the beauty of those years, became in 2013 Archaeological Park, and today includes several sites. During your vacation you can access and discover the wonders in the way you prefer: walking, or booking in Jeep, Quad and Sidebyside for your tour.

THE TEMPLE AND THE SEGESTA THEATER

To take a trip to Segesta you need to know the sites to visit, at least the most important: the Temple and the Theater. the Agora and the house of the navarca of the Greek-Norman era are another example, such as the sanctuary of the Mango district and the medieval area with walls, castle, quarter and mosque in period style.

The large peripteral temple hexastyle (that is, with six columns on the shorter side, not fluted) has, on the longest side, fourteen columns (36 in total) and all still support the architrave, the frieze and the two timpani. Isolato in the middle a sea of hills, striking for its grandeur.

The Hellenistic Theater instead, was built behind the agora, on the highest peak of Monte Barbaro at the end of the third century. B.C. Take advantage of the beautiful landscape of the sea and of the hills as far as the eye can see. It is considered one of the most beautiful theaters of the classical period, both for its excellent state of conservation and for its spectacular position. It has a diameter of about 60 meters and a staircase carved into the rock.

Book your holiday home in Segesta. Villa with swimming pool in Sicily. Strategic position to visit important archaeological sites and all the wonders of the place. If you need some more tips for your holidays in Sicily, contact us!