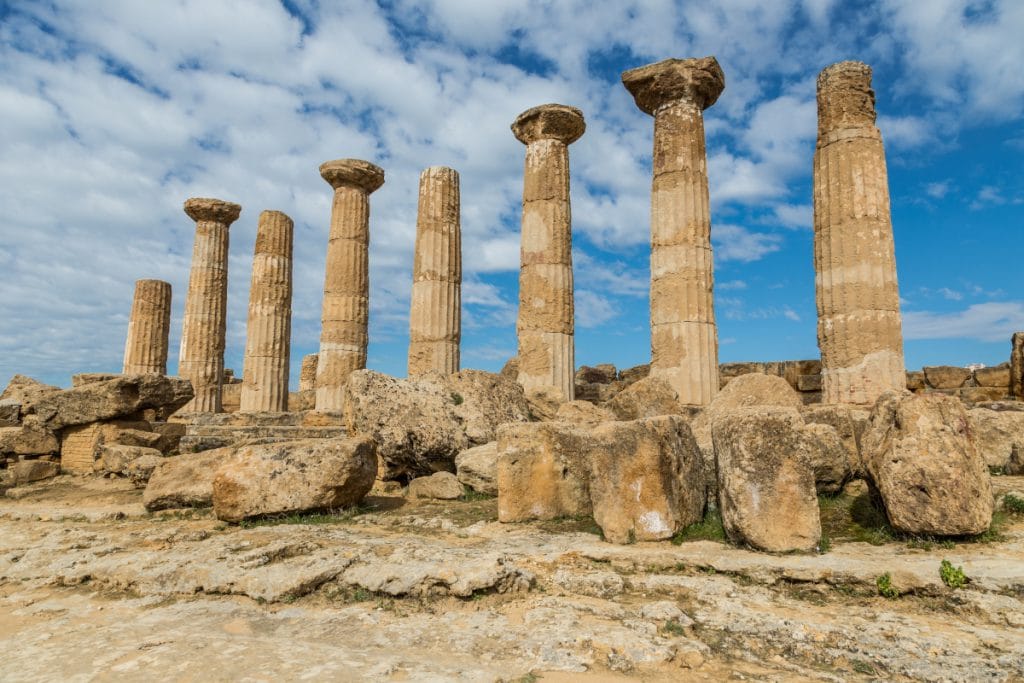 Book your Holiday Home in Selinunte, with Temples of Sicily

Very near to the Holiday House, Selinunte was founded in 628 BC from a group coming from Megera Hyblaea, a Greek colony near Augusta (Syracuse).
Not far from the sea, in a wide and fertile promontory between two rivers, they found the best place to settle. Soon, thanks to its flourishing trade, Selinunte became one of the richest and most majestic cities of Magna Graecia.

Golden sand and clear water, a quiet and reserved atmosphere, an enchanting view, the beaches of Selinunte offer all this.
Suitable for every type of tourist and visitor, they will be the place to spend at least one of the days in Sicily.
A dreamlike natural environment that hosts attractions such as: the Asinello Reserve; the Belice River; the Acropolis; the Scalo di Bruca and the pinewoods that characterize the beaches.

THE LARGEST ARCHAEOLOGICAL PARK OF EUROPE

Myth, legend, history, culture: the Park of Selinunte is all this and more. A treasure chest away from thousands of years yet still alive. 270 hectares that tell one of the most flourishing classical civilizations of the Mediterranean. A story already so rich yet still to be discovered, which attracts not only tourists and onlookers, but researchers and scholars from all over the world. 7 STAGES in which the whole history of Greek Sicily is told.

Book your holiday home in Selinunte. Villa with swimming pool in Sicily. Strategic position to visit important archaeological sites and all the wonders of the place. If you need some more tips for your holidays in Sicily, contact us!